How I Became An Expert In the Workplace, Courtesy of Bill O’Reilly 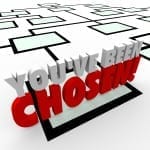 I didn’t set out to be an expert on sex in the workplace. It happened by circumstance.

In early 2004, I was invited to appear on The O’Reilly Factor, which airs on the Fox News station. The topic was sex in the office. Bill asked for my opinion as to whether or not I thought sex was happening in the office during work hours, as well as after hours. We also discussed sexual harassment in the workplace. What I didn’t know at the time was that the producer, who brought me on the show, was allegedly being harassed by Mr. O’Reilly.

Fast forward six months later, and Bill’s producer, Andrea Mackris, was accusing him of sexual harassment. Obviously, Bill didn’t listen to what I had to say. We never really learned if Bill was guilty or innocent, as he settled with Ms. Mackris for what is rumored to be a number well into the millions.

As the years have gone by, I’ve been called upon for comment when another story on sexual harassment breaks . I have no doubt  today will be no exception, as the New York Times just released the following breaking news: “Fox News Settled Sexual Harassment Allegations Against Bill O’Reilly, Documents Show.”

The story about sexual harassment that former Fox employee Julie Huddy tells about her experience with Bill O’Reilly is remarkably similar to the accusations Mackris made in 2004. The fact that Fox news has turned an eye away from O’Reilly and permitted this behavior to continue is disheartening to me.

I’ve conducted enough sexual harassment investigations to see first hand the damage that occurs when someone is sexually harassed in the workplace. And if you think there is no such thing as same-sex harassment, think again. Same-sex harassment is equally as cruel and damaging.

My goal is to see my role, as an expert on sex in the workplace, become extinct. It’s my hope that in my teenage son and teenage daughter’s lifetime, they and their colleagues will be free to come to work everyday without having to worry about someone sexually harassing them in the workplace. This will only happen if companies take a bold stand and have a zero tolerance policy on harassment for all.