What Century are Your Employees Living in? 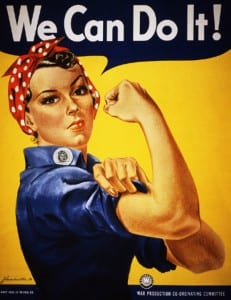 I picked up my son the other day at his friend’s house. The phone rang while I was there and one of his friend’s moms answered the call. I could only hear one side of the conversation, but you can imagine how puzzled I was by her question to the caller. “Do you know what century this is?” she asked? She then repeated this question several more times. Apparently not. The caller was asking if the man of the house was in. Really? That question might have been appropriate back in the fifties, but the last time I checked, many households no longer have men. Who is training these telemarketers and why are they hiring people who don’t have the good sense to push back when given a script that died when Leave it to Beaver left the air?

Single moms are now heads of households as are two mom families. Then of course there are those homes where a male resides, but he isn’t the decision maker when it comes to home purchases, or much else for that matter. It’s time to move out of the dark ages and into the twenty-first century. And while you are at it, please be sure my name is on your do not call list, as I won’t be as nice as the woman who asked, “Do you know what century this is?”