The Unicorns Are Coming To Poach Your Talent! 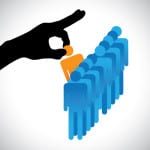 It wasn’t that long ago that I came across an article that talked about recruiters hanging out at airport arrival gates in California, trying to steal someone else’s recruit, as they were flying in for company interviews. I blew that off as a California thing and felt grateful that we on the East Coast weren’t that desperate. Flash forward a few years and the labor pool on the east coast (and other parts of the U.S.) is nearly as tight as it is on the west coast. I’m wondering how soon it will be before those of us on the East Coast see recruiters trolling our airports looking for talent.

The next trend coming out of the West Coast are the herd of Unicorns, American software companies that have miraculously achieved a valuation of at least $1 billion, that are actively and successfully poaching talent on the West Coast. No doubt they will be taking flight and heading east in their search for talent. Should you be worried? The answer is yes.

Unicorns are successfully penetrating Sacred Cows like Google. (Hey, if they can break into Google, they can easily find their way into your company.) In particular, Uber — the largest unicorn, with a valuation of more than $50 billion, is scooping in and pulling teams of talent out of Google. Airbnb, the hip new short-term rental start-up has successfully poached more than 100 workers from Google.

Here’s some important facts that you probably don’t know about Unicorns. They are picky eaters and they only go after top talent, which means they are happy to leave you with some scraps. Their recruiters are nimble. They aren’t bogged down by the rules and systems that are typically in place, which means they can outmaneuver (and out hire) your recruiters time and time again.

They’ll seduce your employees with generous equity packages, which can translate to mounds of cash if the company is sold or goes public. They will convince your employees they are more agile and certainly less bureaucratic than you.

Some of you think you don’t have to lay awake at night worrying about Unicorns because your firm doesn’t have any engineers. Not so. Now days, it’s open hunting season regardless of position. Case in point. Two of the well-known chefs who prepared meals for Googlers, have been hired away by Uber and Airbnb in the last 18 months. I bet Google never saw that coming!

Employees are receiving emails every day (sometimes two) asking them if they are eager for a new job. Even happy employees at some point find it hard to resist. You need to be on Red Alert and more aware of what’s going on inside your organization so you can take steps now to create a force field around your organization to prevent Unicorns and others from plucking your talent. Standing by idly, because you don’t believe in Unicorns is simply foolish.

Want to learn how to create a force field around your organization that will prevent others from poaching your talent? Sign up for my The Talent Dynamic Teleconference Series.