3 Ways Women Can Transform Themselves Into Magnetic Leaders 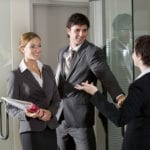 Lots of women are good leaders, but how many are magnetic leaders? Apparently, not enough. No matter how far female leaders may have come in terms of leadership, we still have a ways to go.

In a recent Gallup poll, it was reported that Americans still prefer a male boss to a female boss. The report, part of Gallup’s weeklong Women and the Workplace series, used data from Gallup’s work and education poll. It found that 33 percent of the people polled would prefer a male boss. Twenty percent would prefer a female supervisor, down slightly from the previous year, where that number was 23 percent.

It’s time for women to take their rightful place as the kind of leaders employees love to work for. Here’s where to begin.

Many leaders think they are magnetic when in fact, they are anything but. In my forthcoming book, The Magnetic Leader: How Irresistible Leaders Attract Employees, Customers, and Profits (Taylor and Francis, 2017), I talk about seven traits that are common among magnetic leaders, as well as examples of people who personify (or personified) these quali­ties. Here are three.

Magnetic leaders don’t try to be someone else, nor do they change who they are based on office politics. They are true to themselves and are honest in their dealings with others. They are not afraid to share their mistakes or shortcomings. Warren Buffet is an authentic leader who speaks openly about his $200 billion mistake buying Berkshire Hathaway.

In particular, young leaders find it challenging to find a leadership style that fits them like a custom made suit. Instead, they emulate the behavior of managers they work with, without knowing whether or not those leaders are held in high regards by others.

My advice to you is to stop trying to be someone you are not and instead, attempt to be the best version of yourself. Will everyone like you? Probably not. Will they respect you? Most definitely.

Nelson Mandela immediately comes to mind when I think about inspirational leaders who are selfless. Leadership is a service business, and service comes with sacrifice. Mandela made many sacrifices so that others could advance, including giving up power. When elected president of South Africa, he refused to serve more than one term because he believed that a swift transfer of his authority was in the best interest of post-apartheid South Africa.

In the world of business, it’s fairly common for people operate with a “what have you done for me lately” mentality. That’s actually good news for you, as you can easily stand out in the crowd. The next time you have a decision to make at work, think about what’s in the best interest of your people. Then do it, even if that means sacrificing your own needs for that of your people.

Magnetic leaders communicate frequently and clearly. They speak their minds, even if it makes them unpopu­lar. When they are forthright with their opinions, such people often become even more magnetic.

Oprah Winfrey is a great example of a leader who is a strong communicator. In fact when she speaks, she moves markets! Who could forget Oprah Winfrey’s holiday list of favorite things? The mere announcement of an item would result in products flying off the shelves. Winfrey’s strong communication skills have inspired people around the globe to be a better version of their self. She is truly a magnetic leader.

Female leaders (and their male counterparts) can learn a lot from Winfrey. When she communicates, she does so with conviction. She rarely goes off message and she listens as intensely as she speaks. Of course she’s had years of practice. However, she had to have started somewhere. Let today be the first day of your voyage towards becoming a more effective communicator.

I’d be lying if I told you becoming a magnetic leader would be effortless. There are times when you will question why you have chosen to go on this journey and then there will be moments when you will know, deep down inside, that the work you are doing on yourself will have an impact on others for years to come.