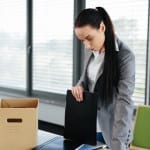 Imagine finding out through a Tweet that you’ve been fired. Secretary of State Rex Tillerson doesn’t have to imagine this, as this actually just happened to him. A senior State Department official said Tillerson learned of the president’s official decision from Trump’s tweet and that he was never informed directly by the White House that he had been fired.

Tillerson is probably not the first person to learn of his firing through social media and I suspect he won’t be the last. Which made me think that many of you could use some guidance when it comes to letting employees go.

In my book, The Magnetic Leader, I give readers a complete playbook on how to respectfully transition people out of the organization. This is more important than ever these days, as you don’t want disgruntled employees posting negative reviews about you and your organization on places like Glassdoor. If they do, it will make it even harder for you to attract talent, in what is already a very tight labor market.

Here are some key points, which I share in my book.

Aretha Franklin sang about it back in 1967 and it still rings true. I’ve seen too many frustrated leaders treat those they are about to terminate as if they are radioactive waste. Their hands-off approach leads to ill will all around, not to mention lawsuits. You liked this person well enough to hire him, so demonstrate respect as you transition him out of the company.

I’ve heard stories of people asking for raises at the same time their employers were discussing their poor performance and their impending termination. Do yourself and the employee a favor. Be very clear that the conversation you are about to embark on is the end of the road rather than the beginning of a new path toward a wonderful future together.

Telling someone how great she is and then terminating her during the same meeting never ends well. The termination conversation isn’t the time to coach someone on what she could have done differently to have kept her job, nor is it the time to tell her how much you’ve enjoyed having her on the team. Be honest and succinct.