Three Ways to Unclog Your Organization 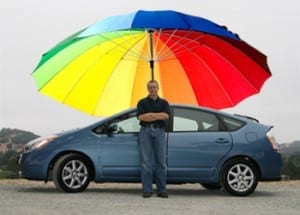 I was on a conference call this afternoon with a colleague who informed me that it was raining inside her car. Apparently, the vents in her sunroof were clogged. A little bit of preventative maintenance would have prevented Mother Nature from raining on her parade today.

As her story unfolded, I began to think about those organizations who fail to do any work on themselves until it’s absolutely necessary. By then, the damage has been done. The poor attitudes of those who should have been fired a long time ago have tainted those people who were on the fence. Leaders, who had potential, have already shot themselves in the foot and are dead on arrival by the time they are shipped to the Holiday Inn for a shot of training. It doesn’t have to be this way if you take measures to unclog your organization. Here’s how:

I hope by now the rain has stopped and that my colleague can see clearly now what she could have done to avoid this situation, so she doesn’t make this mistake again. The forecast may be sunny in your area, but eventually things will cloud up and the rains will come in. Take preventative action now and you’ll easily weather whatever comes your way.