The Secret is Out: What’s Behind All Those Successful Business Women 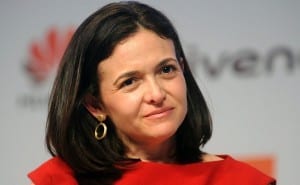 The world is about to get richer for Facebook’s COO, Sheryl Sandberg, who according to Facebook’s filing last week, made nearly $31 million last year, including base salary, bonus and $30.5 million in stock awards. She owns 1.9 million shares in the company and an additional 39 million in restricted stock options. If Facebook goes public at a valuation of $100 billion — which Wall Street sees as a possibility — her stake could be worth as much as $1.6 billion. She would rank among the richest self-made women in America.

Ms. Sandberg is anything but ordinary. She attended Harvard and Harvard Business School and is married to Dave Goldberg, a successful entrepreneur and the C.E.O. of Survey Monkey. She doesn’t exactly have to worry about money, which is one of the keys to finding and hiring good childcare. (She and her husband  have two young children.) I can assure you that without the resources for help or without family close by, it would be next to impossible for her to achieve these levels of success. Yet, we only see the image that is before us.

For years, I watched my peers seamlessly build consulting practices, while I teetered back and forth trying to balance the demands of family and work. I had a difficult time understanding how they were able to do it all, without being exhausted. Eventually, I discovered their secret. They had help. And I mean lots of help. Nanny’s, au pairs, family, drivers…you name it. They had it. Let’s not kid ourselves. It takes resources to hire resources so  you can make more resources. But few successful people talk about this.

Even with resources, it’s still a daily challenge to make sure no child gets left behind. It’s taken me two weeks to prepare for my upcoming week in Miami. Coordinating schedules with my spouse, my help and my clients has me back in crazy mode. Of course much of this craziness could be eliminated with more resources (e.g., live-in help.) Note to self: Bring in more resources to make life easier.

That’s why, when women ask for my advice about entering fields that are traditionally low paying, I suggest they re-think their strategy. Yes, they may be happy for a while, but eventually those who  have families will  become frustrated by their lack of resources. I recommend they pick a career with the potential to earn enough to live a comfortable life. By doing so, they  will have the ability to choose how they spend their resources, which may include helping those less fortunate.

The Times article also discusses the extraordinary mentors Ms. Sandberg has had along the way. She quickly rose from a post as an economist at the World Bank to become the chief of staff for Lawrence H. Summers, then the Treasury secretary. After that, she jumped to Google and, in 2008, to Facebook. Mentors are yet another hidden secret of those who are most successful. Mentors provide guidance to those less experienced and often pave the way for new opportunities. Be sure to download the free bonus chapter for Suddenly in Charge. This chapter is on How to Find and Work with a Coach and Mentor.

I couldn’t be more thrilled that women now have another role model to follow. My hope is  that women (and their spouses) will realize, that behind every successful business woman, there is an army propping her up.

What other secrets are out there that women should know about?