The Problem With Assumptions and Talent 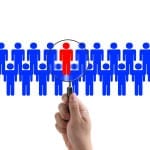 I just had a visit this morning from a new plumber by the name of Dave, who I assumed was educated at a technical school. My assumptions couldn’t have been further than the truth. Dave holds two degrees in engineering and is certified by the US Navy to fix submarines. Good to know in case I decide to purchase a submarine for my beach house. He also spent a year in Italy learning how to cook from a woman who lived in a small village in southern Italy. Lucky for me, he shared one of his recipes while fixing my garbage disposal.

We often make assumptions about people without taking the time to really get to know them. I have personally experienced what it’s like when someone makes an assumption without taking the time to get to know me. A number of years ago I was working as a temp for a large communications company. My intent was to make enough money to return to Europe. My boss Vijay, was being extremely detail-oriented when he was instructing me on how to enter data into an Excel spreadsheet. My sense was that he was a bit nervous, since I was a temp. How much could I really know? Imagine his surprise when I told him  I had an MBA in finance and that he needn’t be worried. We laughed and he apologized for making an assumption about my abilities and not taking the time to get to know me.

Many of you are in the midst of looking for talent to fill current positions or new roles that have come about due to growth. You are posting jobs here and there and may have even engaged a search firm to help you in your efforts. Yet the one thing you may not have done is look inside your own talent pool because you have assumed that no one inside is qualified to fill these slots. STOP what you are doing and make it a point to get to know the people inside your own firm. Take time to have a real conversation, rather than one of the many superficial, “How was your weekend?”conversations you typically have as you are quickly darting out of the break room. There is a lot of talent waiting to be discovered within your own organization.

Stop making assumptions and start having conversations that will no doubt lead to some interesting discoveries, including people within your own firm who are able and ready to take on a new role in your organization.