Why You Should Not Hire Top Talent 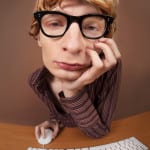 I beg of you. Please do not hire Lee, Maria or Allison. They are all too good for your company. That’s right. You don’t deserve these people. Here’s what I mean by this.

Lee was recently asked by the CEO of his current company to decline an offer from a major company in the Caribbean so he could come to work for her and really make a difference. She made promises of a job that didn’t closely resemble the job he took. She promised him a seat at the table during the executive team meetings, which she soon rescinded. After six months of under utilization,  Lee received an email via LinkedIn from a recruiter. The email happened to arrive on a down day for him, so he said, “What the heck? I’ll call her back.” Tomorrow is his last day and on Monday he begins anew.

This company wasn’t ready for a guy like Lee. They had no idea what to do with the superstar they had just recruited away from someone else. They would have been better off hiring a mediocre employee. If they had, that employee would be with them for years to come. Of course his mediocrity would also be with the company.

Right down the road is Maria, a top expert on global talent who is basically a woman without a country. Her firm has bounced her from a leader in one country to a leader in another. Today her leader resides in the same building as she does. Only you’d never know this, as her new leader has left her out in the cold. She doesn’t know if she is coming or going. Tomorrow, she is going to go into her manager’s office to let her know that she is taking her talents elsewhere. She doesn’t have an offer in hand. But that doesn’t matter. She knows she is marketable and that someone is more deserving of her talent. (Feel free to contact me if you happen to be that someone and I’ll connect you.)

Chances are her boss will act surprised and may even make promises to make amends. Her boss will place the blame on Maria and will most likely be thinking, “What ever happened to company loyalty?” Instead, she should be thinking, “How did I let the best thing that’s come along in ages to walk out the door on my dime?” My advice to her boss is to hire an average employee. They are not all that demanding and will not ask you to pay attention to them. This will allow you to continue to focus on winning the political battles you are so intent on fighting.

Allison is a top performer who isn’t getting the credit she deserves. She’s the top producer in her organization. Yet she’s still treated like just another employee. I suspect that she will depart in the next month or so when she meets someone who will treat her more like a partner than employee number 1,715.

Please do everyone a favor and if you have no intentions of fully utilizing the skills and talent of people like Lee, Maria and Allison, let them be. There are others out there who are ready, willing and able to embrace and develop these people. The world will be a better place if you stick to hiring average employees who are happy with the status quo.

Sign up to receive my complimentary newsletter, The Talent Maximizer.

Click here to discover what employee turnover is really costing your company.

Register for my upcoming series: The Talent Dynamic