No Heavy Lifting at US Air 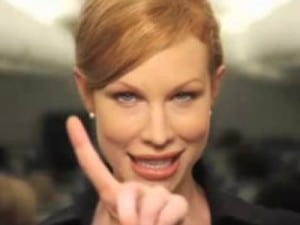 The flight to Miami was full (no surprise there), as were the overhead compartments. We soon learned that a passenger had left his wheels to his luggage sticking out so the overhead door wouldn’t close. Rather than shifting the luggage herself, the flight attendant decided to teach us all a lesson. She made a general announcement asking for the owner of this black bag (did I mention that just about everyone on the flight had black luggage) to get up and turn his bag or else his luggage would be checked. As luck would have it, the guy who owned the luggage was sitting next to me in a window seat. In order for him to move his luggage, I along with the passenger next to me would have had to get up and block the aisle, while passengers were trying to board. Luckily the guy in the aisle seat offered to get out of his seat and fix the luggage.

Asking three passengers to block the aisle of plane where people are boarding is shear insanity, especially when you are staying two feet away from the problem.

Upon landing, we were treated to a 15-minute sales speech on why we should purchase a US Air Visa card for our future flights. The same flight attendant made the announcement. Perhaps she thought we had short-term memories and would be first in line to order our cards.

Let’s go back to the good old days where flight attendants were on board to assist customers, rather than selling Visa cards.