Lost in the NFL Lockout 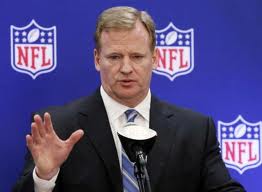 I know I’m late to the game (pun intended), but can someone help me out here? I’ve always had a hard time understanding sports and now I’m being asked to write a blog posting that relates to this NFL situation.

I get the fact that  the NFL is a 10 billion dollar business fighting over a $3M issue but I’m a bit puzzled after reading today’s WSJ. Referees, who all hold other jobs (business owners, coaches, etc.) were earning $149K for the season. Not too shabby for a part-time job that runs for how many months? It sounded like the league wanted to make these people full-time employees but the referees weren’t interested. Many organizations have gone from pension plans to 401(k) plans so why is the NFL any different in their attempt to do this?

I understand the whole embarrassment thing over a bad call, but whose to say that might not have happened with a more experienced referree at the helm? We’ve seen lots of “experienced” judges make mistakes during major events like the Olympics.

Would people have sided with the NFL if the referees had each asked for a million bucks a piece? Or am I missing something?