How to Move Into the Big Leagues With No Experience 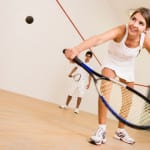 My friend told me the story of her fourteen-year old daughter, who is quite the athlete. She decided to go out for the squash team this semester, even though she had never held a squash racket in her hand. She made the team.

The surprise wasn’t that she actually made the team, as she is athletic. It was the fact that she made the varsity team. As I probed further, it was revealed that this is the first year her school has even had a team. Hence her promotion to the big leagues with no experience.

Most people who get promoted to the big leagues before they are ready won’t have the luxury this young lady has of remaining on the team. There is always someone waiting in the wings to replace them. This young athlete has a strong coach and stands a good chance of becoming a superstar. (Did I mention her coach is in ninth grade as well, as is ranked the number five squash player in the country?)

Don’t you deserve the same chance to shine? If you ask for only one thing this year, ask for a coach. Then be sure to report back and let us know about your next promotion.