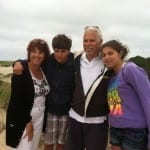 Today is Mother’s Day so I thought it was appropriate to share some leadership lessons that I’ve learned as a result of being a mother.

Equal isn’t fair. I have two children, which means there are a lot of competing demands. I learned early on that there is no way on this earth that you can possibly treat two people the same. Even if you think you are doing so, their perception is completely different. Our mantra is the following. “Everyone will get what they need when they need it.” A great lesson for those leading others in business. Giving everyone an award because one person excelled will result in confusion and misery. Take note of the person who did something great and dare to treat them special. Others will notice and will do their best to be singled out as well.

Everyone wants to feel needed. It took me a long time to figure out that I wasn’t doing my kids any favors by doing for them what they could do for themselves. If only I had learned that lesson when I was a young leader. I would have certainly stepped back and allowed my people to stretch their boundaries. I would have also allowed them to fail. Nothing prepares you more for success than failure.

You can’t want for others what they don’t want for themselves. How many times have you seen kids dragged to batting practice or dance class when in reality they really didn’t want to go. In most situations, the parents never stopped to ask their kids if this was an activity they were interested in continuing. Everyday, I see people tossed into management roles. Many are never asked if they wish to lead others. Don’t make this same mistake. Prior to promoting someone, ask him or her if they are interested in taking on this level of responsibility. Make it okay for them to say no.

It’s better to be respected than loved. Okay, this is a hard one, as what mother doesn’t want to be loved? But I know in my heart that my job as a mom requires me to frequently lose the popularity contest. I have to say no when saying yes will put my child in harm’s way. I have to monitor their study habits and provide feedback so they can succeed later on in life. I have to say no. A word that doesn’t easily slip off the tongue. I see too many managers not managing because they fear they will not be liked. In order to be an effective manager, you have to actually manage. You have to say no and you also have to make decisions that aren’t all that popular. But at the end of the day, that’s your job. And by doing so, you’ll have a team of people that respect you.

Your kids and your employees are not your friends. You role as a parent isn’t to be your kid’s friend, although hopefully that will happen later when your kid matures and is on her won. You are there to provide guidance. The same goes for employees. You can find friends on Facebook or any other place where you hang out. Just don’t look for friendship from your employees. If you do so, you’ll find that it will be that much harder to do your job.

Everyday is a both a challenge and an opportunity for growth. As a parent, no two days are the same, which is kind of cool and also very scary. Each day is also an opportunity to watch your child do something great, that you never expected they’d be able to do. It could be as simple as hearing a thank you after you’ve taken them to the mall or even more awesome like the Mother’s Day clip my daughter just put together for me using Final Cut Pro. Being a leader is scary as well. You’ve got a ton of responsibility and little control over those who are assigned to your team. Be prepared for greatness and do your best not to look overly surprised when they rock your world in ways that you could never have imagined!

I wish all of you have a great Mother’s Day!