Candidates are Applying for More Than a Paycheck 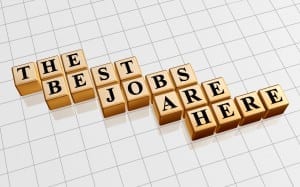 A joint survey from CareerBuilder and Inavero of 4,500 job seekers nationwide shows the impact a positive employment brand brings not only to your talent bench, but to the bottom line. The survey found that employees are seeking much more than a paycheck.

For most job seekers surveyed, starting salary is less important than the perception of the organization with which they are interviewing.

When asked whether they’d take a job for less money at the organization they’d most like to work for, an overwhelming majority said they would.

What might prompt job seekers to take the lower pay? Those who would take the job for lower than their salary floor said they would consider if:

This doesn’t mean you should immediately start slashing pay levels, but it does show the power of an employment brand that conveys a desirable work culture, stability and growth prospects.

It’s interesting to note that over 55% of the respondents said they read the company website, although I would have thought this number would have been significantly higher.

When is the last time you gave your company website a facelift? I understand  money is tight, but this isn’t the area where you should be pinching pennies.

First impressions count. How tired is your company looking these days?