And so you have it. Another talented executive leaves his organization so that he can work at the level he was hired to work at Six months ago, this person was a w 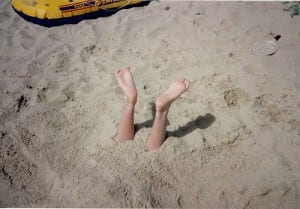 alking advertisement for his organization. His enthusiasm was contagious. Then one day things began to happen. One reorganization led to another and before you know it, he was buried under layers of management. This gentleman is one of the most talented people I know. I wonder if anyone at the top will even notice he is gone.

Just because you have the talent now, doesn’t mean that you will have the talent later. In a recent study, 84 percent of respondents said they would be seeking new employment in 2012. I suggest that you don’t bury your head in the sand by pretending all those respondents work for someone else.

Last week, I received a call from another extremely talented executive regarding my Job Search Mentor Program. She doesn’t really want to leave, but she can see the writing on the wall. In six month’s time she’ll be buried under another layer of management, where she feels she will die a slow death. We call this suffocation. She is going to take her talent elsewhere, which is unfortunate for her employer.

I urge you not to wait until people start flowing out your front door. Recruiting and training new staff can be overwhelming and quite expensive. Instead, take a closer look at what we call “the keepers.” These are the people who would be sorely missed if they were gone tomorrow. Then do something you probably haven’t done in a long time. Have a conversation with them to find our how they are doing. Ask what you can do to help them achieve their professional goals. Listen carefully and take appropriate action and you will avoid becoming  buried in a pile of resumes.

Anyone else seeing good people flee? I welcome your comments.