Bad Behavior at the Top: Yahoo and Carol Bartz 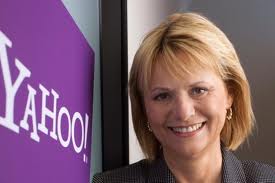 I just received a call from a reporter filing a story on the recent ousting of Yahoo’s CEO, Carol Bartz, who was fired by phone by Yahoo’s Chairman of the Board and got even through e-mail. The reporter asked me whether I thought it was ever ok to fire an employee over the phone. Here was my reply.

Firing people by phone is a cowardly thing to do. If you don’t have the guts to tell the person he or she is no longer employed by the company, then perhaps you shouldn’t be in the job you are in. Listen people. Firing isn’t about you and your feelings. It’s about the person who is about to lose their livelihood. Got it? This holds true at the top of the organization as well as the bottom.

In my book, Suddenly in Charge, I share timeless tips for tactful terminations. Here are several of these tips:

When probed further by the reporter, I told him there were three instances that I could think of for terminating someone by phone.

Terminating people will get easier with practice. But the truth is, the day it becomes too easy is the day you look for a new career.

What is your opinion on the situation at Yahoo and firing people over the phone?