How To Avoid Winding Up On “The Hit” List 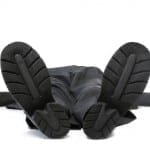 In the movie, “Horrible Bosses,” three friends devise a plan to rid themselves of their bosses. This idea seems to resonate with many, as the film had a strong showing at the box office. Here’s why.

Bad bosses are all around, which means there is a shortage of role models for those interested in becoming a boss that others admire. Don’t despair. There are ways to make it into the Good Boss Hall of Fame on your own. Follow these steps and you’ll be well on your way.

Get a life-Bosses who have nothing better to do than work assume that everyone around them is in the same position. If you take the time to get to know your people, you will see that most have a life (or at least they are trying to have a life) outside of work. Good bosses assign work with realistic deadlines. They then get out of the way and allow employees to manage their time.

Hold people accountable-Despite what you may think, the best bosses aren’t the ones who let people get away with murder. They are the ones who hold everyone to the same standard. Good bosses provide ongoing positive feedback. They also provide immediate guidance when workers appear to be going off track.

Be consistent-Bad bosses get their reputation for being psycho because of erratic behavior. One day they are the kind to those around them and the next day their evil twin takes over. Employees who work for inconsistent bosses, waste time and energy coming up with contingency plans in case the evil twin wins out that day. A good boss is even tempered. His people have a pretty good idea of which personality will be showing up on any given day.

Establish a harassment free environment-It should be a no brainer that the boss doesn’t hit on an employee, but sadly this is not a lesson that everyone has learned. Sexual harassment isn’t about sex. It’s about power. Leaders who inspire others to follow are more powerful than those who manage through fear. Set the example. Now matter how tempted you might be, don’t mix business with pleasure.

Control your anger-Being a boss in these tumultuous economic times is stressful. But that doesn’t give you the right to run around the office screaming at everyone. Learn to manage your stress. You can do this on your own or if need be, seek professional help. Good bosses are known to keep their cool, especially when the heat rises in the organization.

Be generous-Good bosses are generous with their time and do their best to reward those who have proven they are worthy of more. Budgets may be tight, but that doesn’t mean you can’t find non-monetary ways to show your gratitude. You can do this by accommodating scheduling requests, allowing valued employees to home office several days a week or by acknowledging employees in front of valued customers when they do something right.

Be empathetic-Good bosses recognize that even their best employees may go through troubling times, which will impact their work. Look for signs that may indicate that something may have changed for your employee. Perhaps your most reliable employee is now showing up late for work. Or your happy-go-lucky employee no longer smiles. Acknowledge this shift and share resources, such as the phone number to your Employee Assistance Plan, to demonstrate that you are genuinely concerned about their well-being.

No one said playing the lead role of boss would be easy. But with practice, and some coaching along the way, it won’t be long before you are thanking the academy for your nomination into the Good Boss Hall of Fame.

Take advantage of my summer time special on coaching. Mention “Summer Special” and I’ll add an extra month of coaching, at no additional cost. Contact me at Roberta@matusonconsulting.com to learn more.