How to Avoid Becoming the Next Ryan Lochte 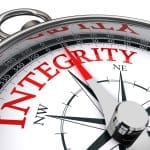 Several weeks ago, you may have dreamed of the day when you became as famous as Ryan Lochte. By now, I’m sure your dreams and goals have changed. Yet, what have we learned from this situation?

Be honest-It’s so easy today for tiny white lies to explode into one big fat lie. Cameras are everywhere, posts are put up on social media, before you even have a chance to say, “Only kidding.” It’s especially important for leaders to be honest with their people, as honesty is the cornerstone of trust and without trust, there is no leadership.

Keep your ego in check-It’s easy to let the fact that you are now a manager or an executive go to your head. Remain humble. You’ll gather a lot more respect from your followers, than those who let their egos run wild.

Admit when you are wrong-Lochte’s PR nightmare could have ended a lot sooner if he had merely taken responsibility and confessed to his wrong doings. Instead, he embarrassed his host country as well as those of us in the U.S. You are not going to be right 100 percent of the time. No one is. Admit it and move on.

In leadership, it’s not about winning all the time, as it’s highly unlikely you are going to receive endorsements after taking first place during a single race. Slow and steady ethical behavior will get you to the top and allow you to remain in that position for years to come.