Are You Making it Impossible for Customers to Buy From You? 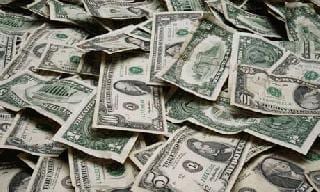 I’ll admit that I’ve always hated those Macy’s commercials advertising their pre-sale. You know, the ones that invite you into the store to look at the items that will be going on sale shortly. But it wasn’t until yesterday that I could see that I was not alone.

I took my daughter to the Holyoke Mall to buy a pair of shoes. On the way out of the mall, I suggested that we stop in Macy’s so that I could take a look at the new spring Coach bags. You see I had my eye on a new Coach bag when I was out in Las Vegas speaking at Pizza Expo. I decided that I didn’t want to drag back anymore luggage than what I came with so I left Vegas empty handed. It wasn’t until my royalty check arrived for Suddenly in Charge that I decided perhaps a little reward was in order.

I was quickly approached by a Macy’s sales executive (you see that’s what happens when you walk up to the Coach counter and you are already carrying a Coach bag) who immediately made mention of the pre-sale before I could even lay my bag on the counter. She then rolled her eyes and apologized for being unable to give me the sale price that day. I looked around a bit and then decided that I didn’t need to give my money to Macy’s today,  if they weren’t going to give me a new handbag that same day. I would have to come back to pick up my new bag, which was something I wasn’t willing to do.

If that weren’t bad enough, I passed by two women who were lamenting because they had just driven from a place, where malls don’t exist, to buy a high-end bag as well. They too didn’t want to pay today and drive back again next week, so like me they chose to leave without spending any money. By my calculations, Macy’s lost at least $1,200 worth of business in less than twelve minutes (Okay, it was probably more, but I’m intentionally keeping the price down in case my husband reads this.)

This is a great reminder to look at your own companies to see if you are blocking customers from doing business with you. And Macy’s, if you are reading this, it’s time to ditch your pre-sale campaign before customers like me ditch you guys forever.