A Tale of Two Hotels 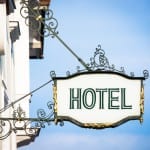 I’m hosting an event in September and really wanted to give my business to the hotel where I hosted my last meeting. However, their policies and rigidness prevented me from doing so. On the other side of that coin is the hotel where I will be now hosting my event. The two experiences couldn’t be more different, yet these two hotels are located only a few miles from one another.

I reached out to the Hotel Indigo in Newton, Mass to book an executive breakfast that began at 7:30 AM and ended promptly at 9:00 AM. I chose this hotel because they had done such a fabulous job the last time I hosted a similar event. This time the experience was completely different. I was told that because I was not guaranteeing rooms, I could not secure my meeting room arrangements until four weeks prior to the event. I don’t know many people who could pull off a business event in less than four weeks time. I asked for a slight exception…the ability to book six weeks in advance…and I was told in four different ways, “No.”

Trying to get the hotel policy slightly modified was like trying to work with city hall. I  decided to take my business down the highway to the Newton Marriott.

My dealings with Sheila Townes, Catering Manager of the Newton Marriott, have been nothing but pleasant. I mentioned that I wanted to do something a bit more special than your typical continental breakfast. “No problem. Let me talk to the chef.” I asked if I could place a temporary hold on one of the meeting rooms. “No problem.” September is a particularly busy time of the year for business meetings in the Boston area and Sheila is taking care of me like I’m her only client.

A hotel is nothing more than a building with beds and some meeting rooms. It’s the service that is the differentiating factor. I hope the folks at the Hotel Indigo in Newton wake up one day and smell the coffee. Then again, thanks to them, I may have just found my new go to hotel!